Have you ever encountered an email with a puzzling J or L sitting in the middle of the text? I certainly have! Here's the story.

Outlook (and Word), for many years now, has included an autocorrect feature that converts :-) into . Originally, this happy little smiley face was in the Wingdings font, which replaced each of the useable codepoints between 32 and 255 with symbols. I'm sure you can guess now that the letter J in Wingdings is, in fact,  and the L in Wingdings is !

Now Unicode does have a WHITE SMILING FACE character ☺ at U+263A. 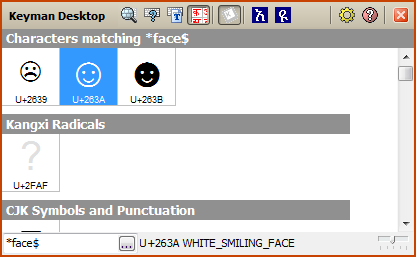 So, now that Unicode has had a smiley character for years now, does Outlook use this spiffy character?

Let's have a closer look. Here's an email I'm going to send to myself, via Exchange, to cheer myself up. Sending via Exchange means that Microsoft's internal mail formats are used and there are apparently, no interoperability concerns. First, the original message: 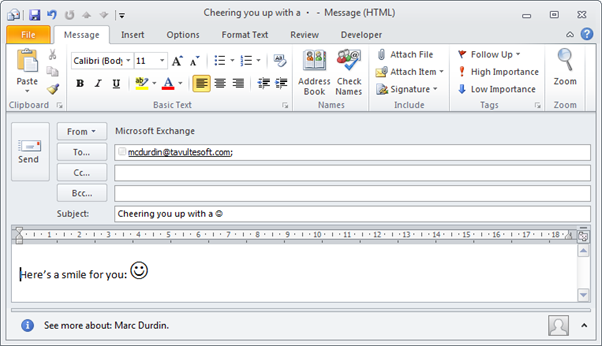 Oooh, look at that – I can paste the smiley into the subject and it looks just luverly. But what about that title bar?

Already things are going a bit pear shaped! And what does Windows show when I press Alt+Tab?

Now, it's not enough to just know that it's wrong. Let's see what that character actually is, by pasting it into my little Character Identifier tool: 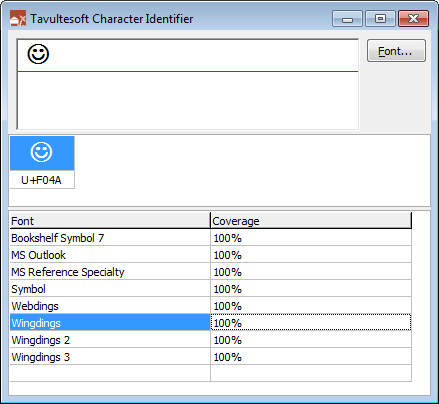 So… U+F04A. Not quite what one would have expected – it looks like this is a Private Use Area character. What happened to that letter J? Not sure that's going to work too well when we send it to someone else.

But what if I sent it to myself? Press Alt+S, off goes the email. Ooh, look new mail notification, I'm already feeling happier!

Oh wait, no I'm not. I didn't even get     a single smiley in that notification 🙁 But I did get a letter J!

But what about when I look at my Inbox? Nope, no hope there either. Hey, at least it has the same middle dot, right? 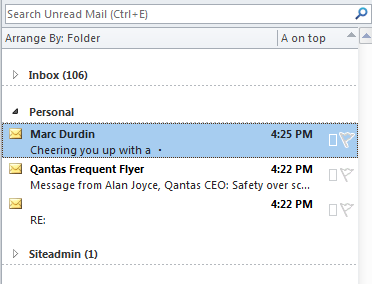 I have to actually look at the message itself before any happiness can take place. Then I get two lots at once! 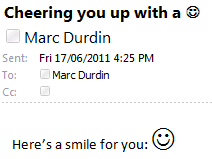 Now it just so happens that I have an iPhone. What's the story when I look at the happy face there? 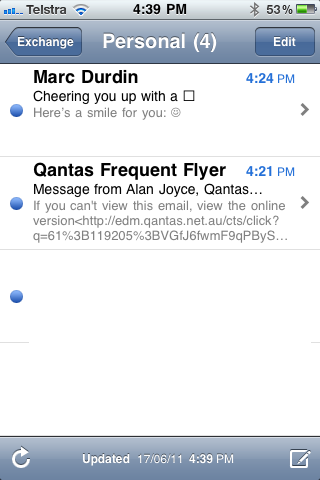 So, a happy square box in the subject but we *actually* get a happy face in the text! Wow! But I want to read the whole message so I can forward it on like any good chain letter! Let's open that email. 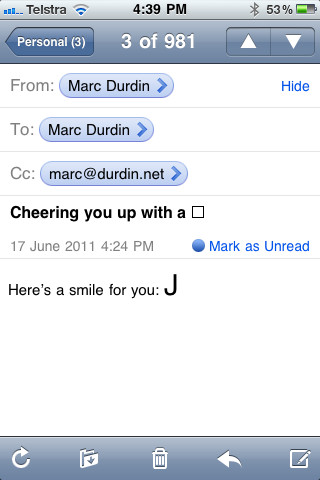 Whoa. Where's my happiness? Whatever. I'll forward it anyway, who knows, perhaps the letter J will cheer someone up! 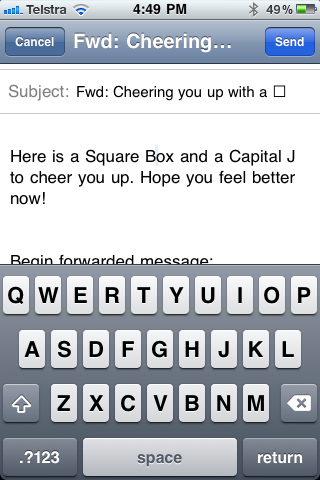 And moments later, I get a beautiful message from myself! 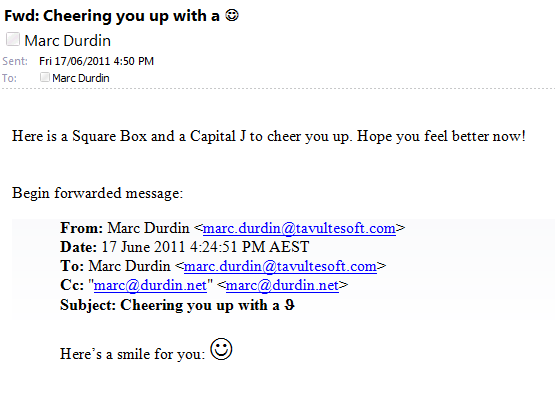 But gee, I'm feeling a little confused. Not only did I not get either a Square Box or a Capital J, I got something that looks suspiciously like that alternative Greek Theta symbol in that forwarded subject line…

But at least the Smiley is back! I'm not going to try and explain this behaviour. I think it must be magic.

1 thought on “How to turn a smile into a theta, or the ever changing smiley”

[…] can i find the nifty Tavultesoft Character Identifier tool you mentioned in the blog, I have Developer and Pro 7.1, and I'm wondering if or where that's available for […]

This is just a short blog post to describe our in-house tool for creating key images, such as the ones shown below. How to use the key image generator Visit http://keyman.com/support/keytemplate.php Type the key sequence Read more…

Creating a Touch Keyboard Layout for Amharic with Keyman Developer 9

A widely used Keyman Desktop phonetic keyboard for Amharic (developed by Geez Frontier Foundation) was also compiled and made available for use with KeymanWeb.  When used with web browsers on desktop computers, the behaviour of Read more…