In the last couple of weeks, since the release of iOS 7.1, we have started receiving reports from Keyman for iPhone and iPad users of issues with fonts.  Specifically, the missing character square box, or question mark in a box, has started appearing for some users, both within Keyman and in other apps on the device.

There are two separate issues that we have identified.  The first is a bug in Keyman, which we have addressed and are in the process of releasing through the App Store now.  This bug can cause fonts to fail to appear within Keyman, as illustrated below: 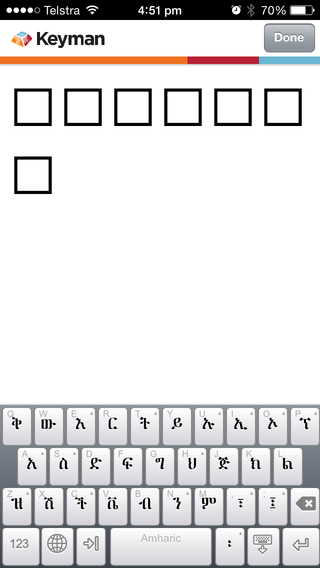 The update will mean that fonts will again work correctly within the Keyman app on iOS 7.1: 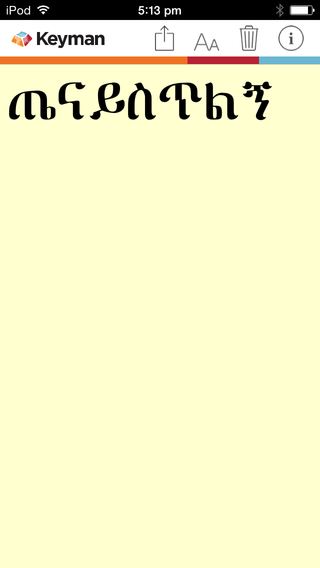 Hey, that's also a sneak peek at some of the changes in Keyman 1.2 — don't tell anyone!

However, a second issue has arisen with iOS 7.1: when an iPhone or iPad is restarted, any installed font profiles do not register correctly and are unavailable for use in any app.  This issue arises with font profiles regardless of whether Keyman has been installed or not: it is not an issue related to Keyman.  However, it does of course impact the Keyman experience pretty severely, so we have reported this problem to Apple and are continuing to investigate and chase the issue.

When this issue arises, you will tend to see missing characters in any app: 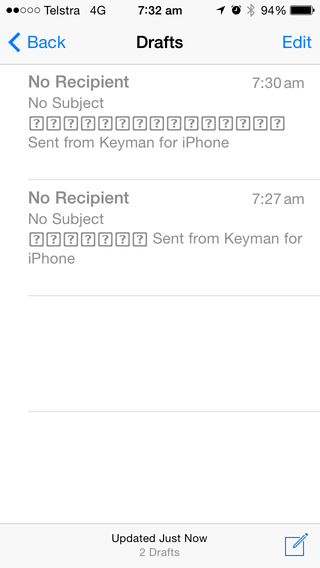 This issue appears to be related to the system font linking in iOS 7.1: if you use an app that accepts formatted text, the correct font will be displayed wherever the formatted text is.  However, for apps such as Notes, or the list view of the Mail app (as pictured above), the font linking fails to select an appropriate font.

We have not identified an easy or consistent workaround to this problem, but the following can help:

In some cases, even after following these steps, the iPhone appears to cache incorrect character shapes for the text in question.  However, over a little time, this caching effect does disappear and the language fonts appear to work again, until the device is restarted.

We know this isn't great, so we are working to find a better solution and will update this post if and when we find something.

2 thoughts on “How to fix font issues with Keyman on iOS 7.1”

Plaese help me! it didn’t help. maybe you have another solutions?

msgn, yes, we find that even after closing apps, this doesn’t always work. We don’t have any other suggestions at this point; perhaps Apple technical support may be able to help as it does appear to be a bug in the iOS operating system?

New video: type in Amharic in any app on your iPhone (or iPad)

This video shows you how you can use Keyman Pro to type in Amharic in any app on your iPhone or iPad. If you have any questions or suggestions, send us an email, or ask Read more…

Products we will be discontinuing in March 2015

Earlier this month, we conducted an internal review of our product offerings and development status. As a result of this review, we determined that we would stop developing and distributing several products. This is important Read more…